The Roman Mines near Mazarron 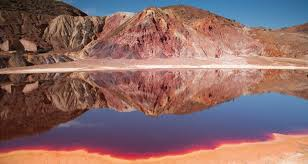 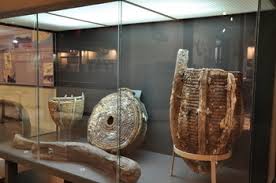 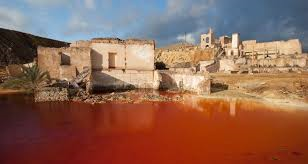 The special deposits formed in this area were created by the eruption of two volcanoes, creating deposits that were mined first by the Romans, then a succession of cultures right up to present day. Mining created the vast wealth that lead to the explosion of housing in Cartagena and the up market villas of the wealthy in Alhama de Murcia, as well as providing employment for centuries in this area.

The Romans mined this area extensively, creating more than 200 mines for iron, 100 for lead and silver, 5 for copper and 2 for alum. This last one was the most popular, and was much appreciated for fixing colours in the tanning process and in glass making. Most of the mines are situated in the Sierra de San Cristobal, at 186 meters. Around the mines are the remains of chimneys, the mine buildings, the mini castellated turrets, which were used up until the 1950s.

The countryside all around glows with a multitude of colours, due to the sulphurs of the extracted minerals and the waste generated in the extraction process. Also there is an extensive vein of red ochre, in the centre of which is the old factory which made alums and ochres, of its time, the only one in Spain.